What better way to spend New Year’s Eve than glamping in Sri Lanka!

Staying in a luxury safari camp has been on my travel wish list since we went to South Africa a few years ago, but with small children and an age limit of 12 at most camps it just wasn’t an option so I decided to look into glamping in Sri Lanka. And what better night to do it than New Year’s Eve.

Since we were heading between Kalpitiya and Dambulla a stop at Willpattu National Park was the perfect option. Wilpattu is a dense jungle park and less known that many of the other top safari spots in Sri Lanka. The main reason for this was due to the civil war and the area was a no-go zone for many years. Wilpattu is known as one of the best places in Sri Lanka for seeing Leopards.

Wilpattu Safari Camp wasn’t cheap, in fact, it was our most expensive stay in Sri Lanka, the price, however, included 2 safari drives with an experienced wildlife expert and driver, all meals, alcohol and luxury (ish) accommodation. Pricing out a similar experience in Yala National Park was almost twice as expensive. Kids were welcome and I would highly recommend the experience.

ARRIVING AT OUR LUXURY SAFARI CAMP

As we were nearing Wilpattu National Park our driver called ahead to let Namal and his team know our arrival time. They were there waiting for us at the entrance to Wilpattu. We climbed into the 4×4 Safari Truck and were taken along the dirt track that skirts along the edge of the safari park on the right and lush green rice paddies on the left.

Fresh juice and a cool washcloth were waiting for us, and we were shown to our tents where our luggage was already waiting.

THE ACCOMMODATION AT WILPATTU SAFARI CAMP

Wilpattu Safari Camp is a luxury tented camp. This was my first time “glamping” so I wasn’t really sure what to expect.

A solid concrete slab with a central concrete wall formed the base of the structure. The 4 poster bed backed onto the foot thick concrete wall on one side and the wardrobe and bathroom were constructed on the other.

My concerns about being trampled by an elephant during the night were alleviated by this sturdy design.

The canvas of the tent was in good condition with no rips or tears, the windows and doors were lined with mosquito netting to allow air in and keep bugs out.

The furniture was darkly stained colonial style like you would find in a high-end hotel, a writing desk with an electrical outlet, bedside tables with lamps and a full-size walk through wardrobe.

Apart from the king size bed, there was also a large single bed and both beds were within a fine white mosquito net.

The ensuite had a vanity, flushing toilet and waterfall shower (only cold when we were visiting but solar hot water has since been installed). Toiletries and mosquito repellent were provided. 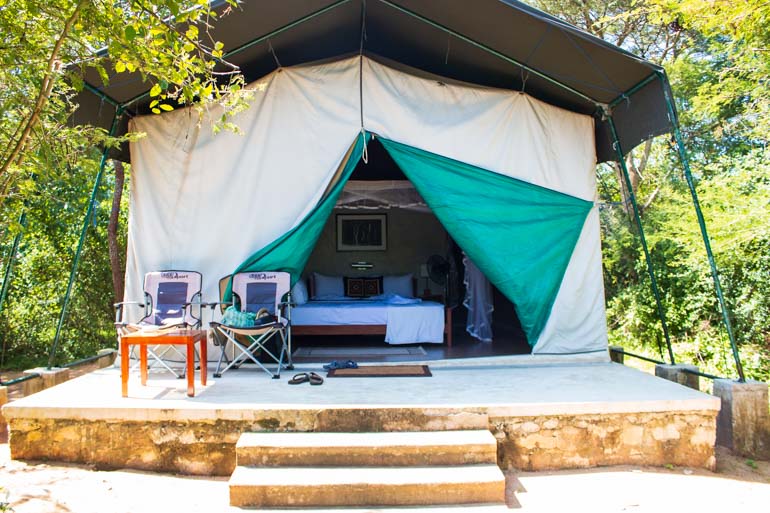 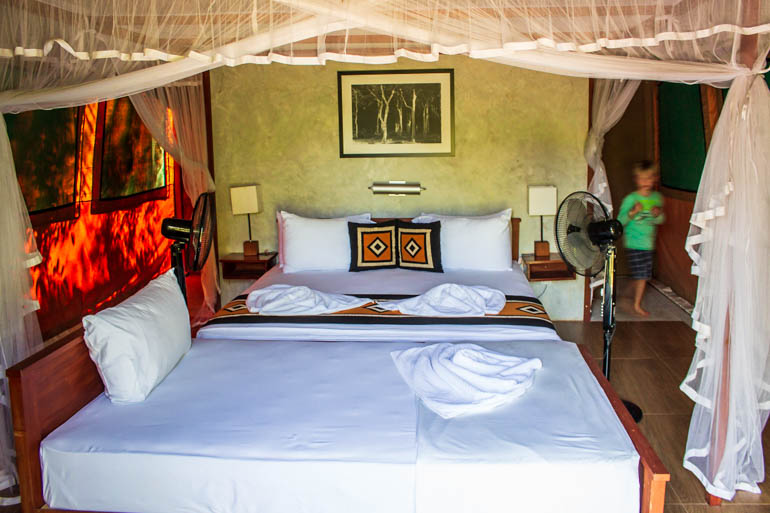 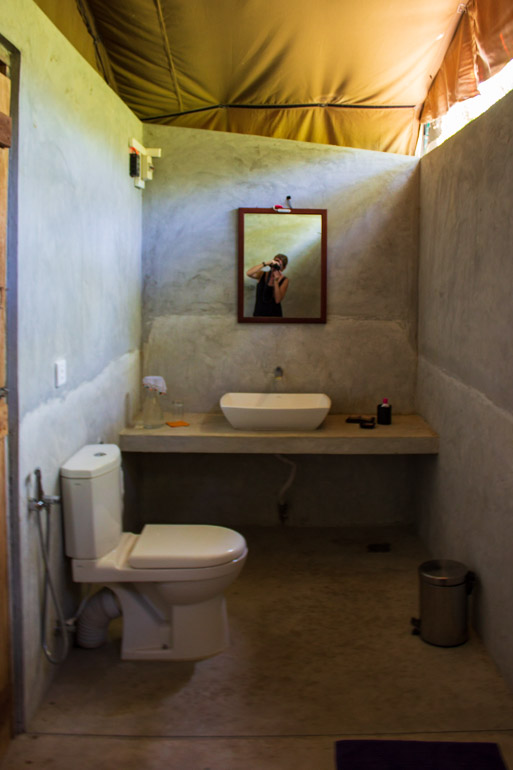 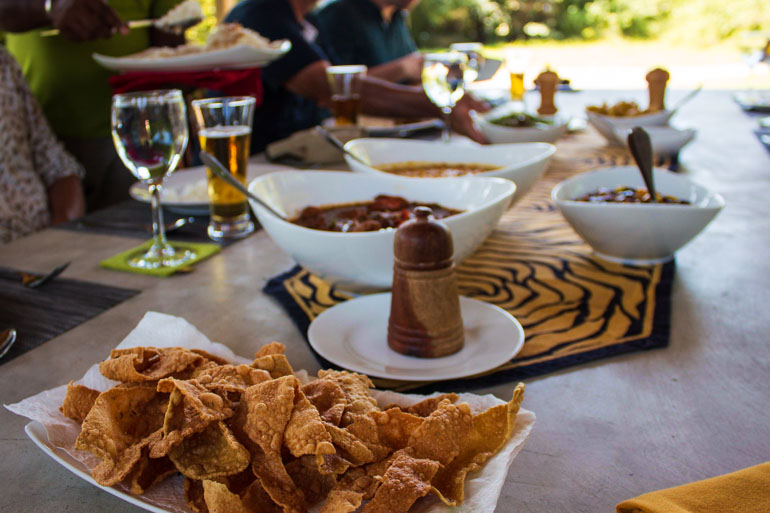 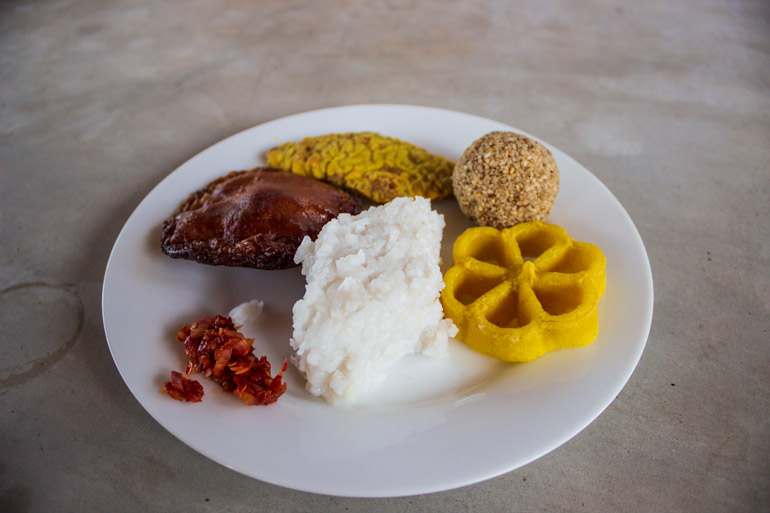 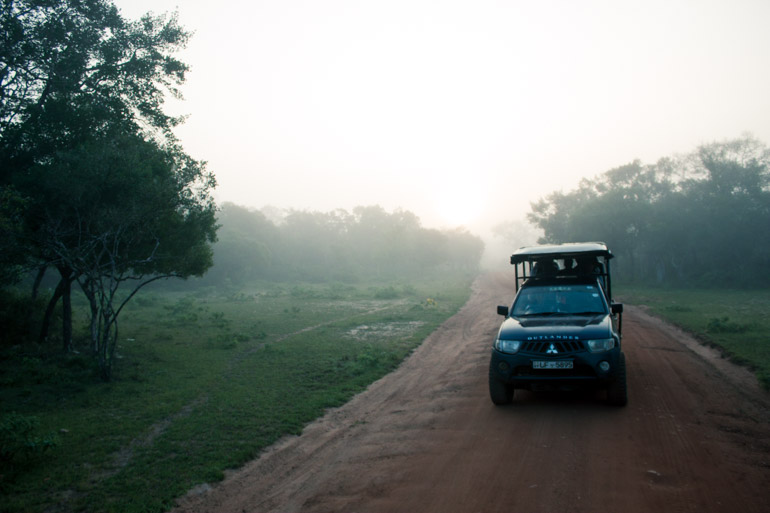 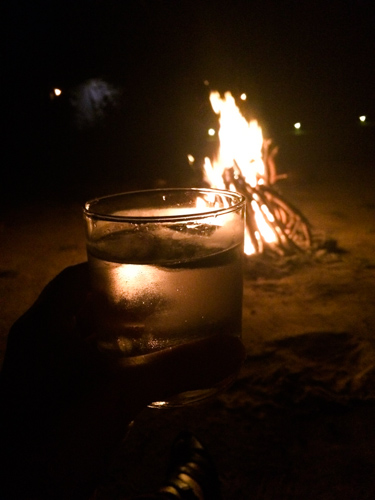 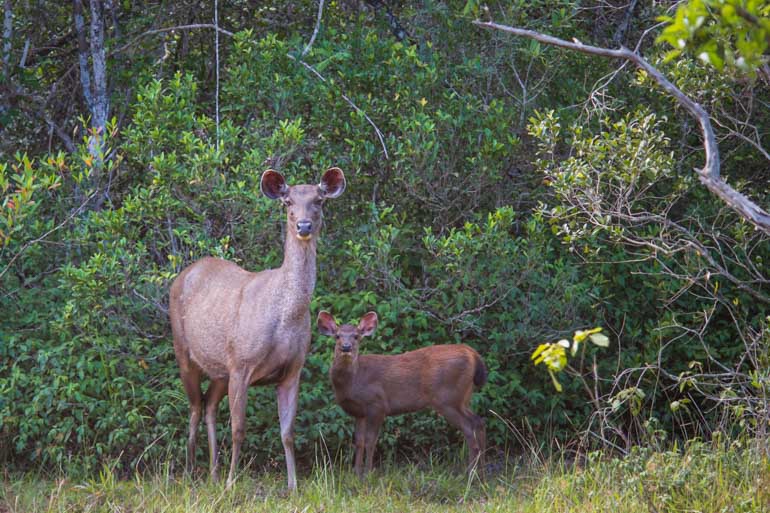 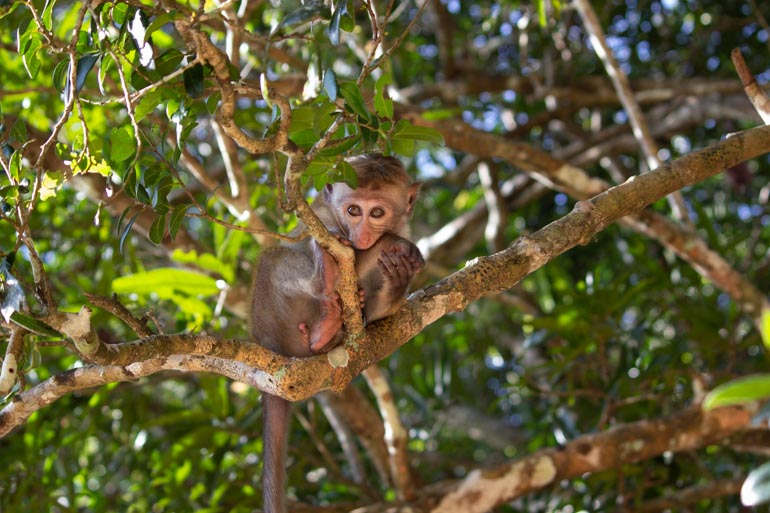 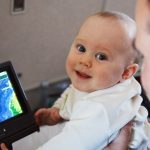 IS IT SAFE TO TAKE A BABY ON A PLANE? 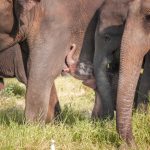 The Best of Sri Lanka for Families: Beach and Safari