THE BEST OF EDINBURGH IN 1-DAY WITH KIDS

Edinburgh is Scotland’s political and cultural capital. One day is not enough to do it justice but it is still well worth exploring this beautiful city of Edinburgh with kids. Here is the best of Edinburgh in 1-day with kids.
Edinburgh is a very compact city with many of the attractions in the walking distance of each other. Set on a hill you may have some climbing to do depending on where you base yourself. Some of the streets have stairs such as the “close” streets which lead up to the Royal Mile. Those travelling with a baby and using a pram shouldn’t worry as there are more accessible routes that can be followed.

If you are trying to be more organised in 2019 download my travel planner, this is a bonus just for my regular readers so sign up to my newsletter and I’ll send you the link.

EDINBURGH IN 1-DAY WITH KIDS

Edinburgh has good public transport. There is room for Prams on the bus and tickets can be purchased on board, note, however, change isn’t given.
We stayed in a holiday rental apartment, booked through TripAdvisor which was right on the Royal Mile, this roomy one bedroom apartment was in an amazing location. Blake and Ella loved being able to walk straight out onto the Royal Mile into the hustle and bustle, street performers and views across to Trinity Church and up towards the Castle. We even had the odd giant bubble from a nearby bubble magician blowing by the apartment window.

Edinburgh castle is the most popular attraction in the city and can get busy at peak times. For this reason, start your Edinburgh in 1-day with kids itinerary here and plan to arrive by opening time. Pre Purchase your entrance tickets online to skip the line from the castle website.
A kids quiz can be collected from the Audio guide desk or downloaded and printed at home, best suited for reading age kids.
Tours of the external parts of the castle depart by the clock just past the audio guide desk. Tours last approximately 20 minutes and are a great way to get orientated with the layout of the castle. Enjoy hearing some of the history and how the castle has changed over time.
Our tour guide was excellent with the kids, she engaged them directly telling them interesting facts and stories about the castle. By the time the tour had finished, and despite being wet and cold, they were keen to start exploring the castle in more depth and to find the items related to the stories she had told them.

One thing to consider before taking the tour or seeing any other part of the castle is to head straight to see the crown jewels. Arriving early will allow you to walk straight in rather than waiting in the long queue that is inevitable during peak times.
If a queue has already formed, consider going through the exhibition which is entered from the side of the same building. This is what we did, it was still around a 20min wait for us but saved us queueing in the rain and we had something to look at while we were waiting.

If you would like to have tea and scones like a royal the tea room is located opposite the entrance to the crown jewels, there can be a wait for tables so take the opportunity to leave your name and go and visit one of the other building on the main square, arrive back shortly before your table is likely to be due to ensure your table isn’t given away. There is also the Red Coat cafe which serves a variety of food and drinks.
The other buildings on the upper Crown Square include the War Memorial, Royal Apartments (they are unfurnished) and the great hall with its impressive ceiling, in the style of an upturned boat hull, to represent the greatness of the Scottish naval fleet at the time of construction.
Mons Meg is a huge cannon that was the largest in the British Empire and a piece of cutting edge military technology in the 1500’s. Positioned up on the hill near the chapel it is also a good place to take in views of the city. The one o’clock gun which is still fired daily sits on the lower level next to the Red Coat cafe.

Visit the Prison of war exhibition, under the great hall, a replica of the Prison where enemy soldiers and pirates languished in the 18th and 19th Centuries.
The National War Museum has an exhibition of weaponry, clothing and other artifacts used by the Scottish Military over the centuries. Say hello to Bob the Dog and look out for the interesting story to accompanies the cast of an elephant’s foot.
If you are there at 1 pm be sure to check out the 1 o’clock cannon being let off.

The National Museum of Scotland is huge, fantastic for kids and it is free.
We spent the entire afternoon here and when we were about the leave Blake said: “But we’ve only been here 4 hours!”.
There is an app that can be downloaded or you can pick up a map in the lobby.

My children love animals and natural history so these were the first areas we visited. If you want to spend more time learning about Scotland then I would recommend heading first to the Scottish History region, while also an interesting area suitable for children, it is a hard step down from the vibrant and interactive displays in the natural world, explore, and imagine exhibitions.

3. Royal Mile and the Close’s

The streets running from Edinburgh Castle at the top of the old town down to the Palace of Holyroodhouse are known as the Royal Mile. Along the Royal Mile, you will find Restaurants, tourist shops and a number of landmark buildings.

Buskers are often found performing along the Mile and it is especially busy with street performers during the Edinburgh Festival.

St Giles Cathedral sits prominently in the middle and towards the lower end of the mile sits the ultra-modern Scottish Parliament.

If you only more than one day in Edinburgh with your kids consider some of the other things to do on the Royal Mile.

Attractions suitable for children along the Royal Mile are:

While you are on the Royal mile be sure to duck off down one of the side streets. Known as a Close these narrow alleyways lead off the Royal Mile to the North and South. Not designed to be wide enough for a horse and carriage they have traditionally been accessed on foot and many have stairs making them difficult to navigate with a stroller or luggage.

The original tenements built in the 17th Century to house the increasing population of Edinburgh were up to 15 stories high and flanked each side of the Close. Even with today’s buildings of more modest height the Close still has a distinct corridor like feel. Walking along the Royal Mile you can sometimes forget how steep Edinburgh is. Taking a peek down one of these side streets you get to appreciate that you are in fact standing on a ridge, with the ground dropping away on either side. A strange place to build a city in modern terms but a necessity to make a strong hold in the past.

The Real Mary King’s Close tour is one for the older kids, in fact, children have to be 5 years old to join the tour. It is not a ghost tour but does have some gruesome stories. Mary Kings Close is one of the narrow streets that leads up from the New Town to the Royal Mile.
The Close was originally a market street, named after one of its residents, a female entrepreneur. When the new town hall was to be built access was to be off of the Royal Mile. To keep the building entry at street level the houses that were in the way were only knocked down to 2 or 3 levels high and gave structure to the underlying foundation. A lot of this was never filled in so the first few floors of the buildings and part of the original street remain intact today.
During the second world war the area was used as a bomb shelter but these days you can take a tour of the Close, and some of the buildings that remain intact.
Tour guides take on the character of one of Mary King’s Close original residents and take you through the now hidden close while retelling you some of the more dramatic stories of plague, murder and gardyloo. A fascinating tour providing an insight into this unique underground city and what life would have been like for the poor wretches who lived there.
We were lucky enough to have someone to babysit for us so we did this in the evening. Blake at 6-years-old would have loved it and his eyes widened when we told him the stories about what lay beneath the city. Ella at 3 would have hated it and they are right to have an age restriction of 5.

Looking for other family friendly destinations check out these posts on Paultons Park, Norway in a Nutshell and the Black Forest.

There was so much more to do in Edinburgh, it is a vibrant city and easy to navigate with children. We will definitely be back to explore some more.

Have you been to Edinburgh? What were some of your favourite places? Please leave a comment below.

I have a favour to ask. To help my blog grow I would love if you could do one of these:

🗹 Hang out for a bit and check out another post on the blog.

🗹 Sign up to my newsletter, I promise you’ll never be spammed, it’s just a chance to let you know what’s new and invite you back to take a look around. 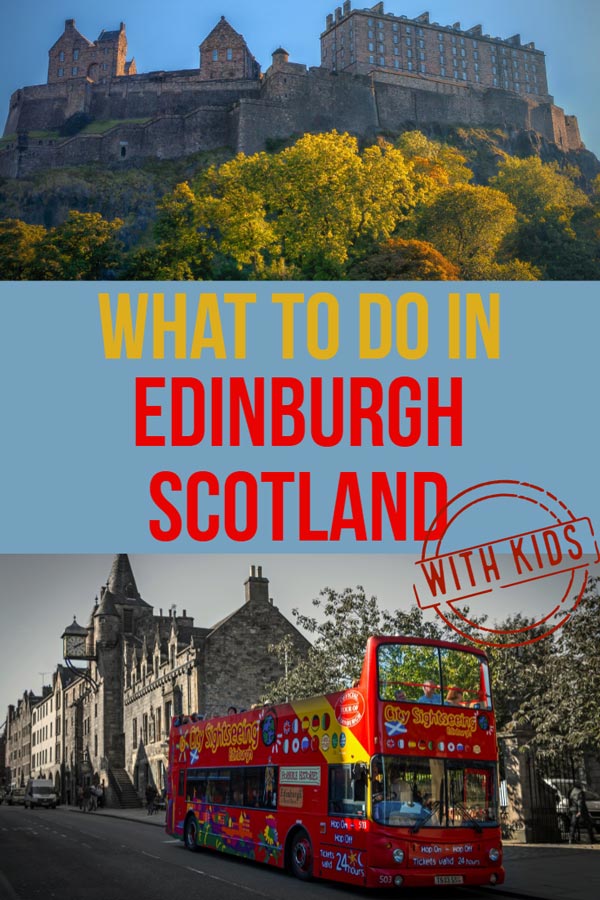 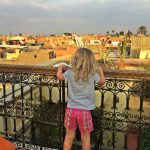 WHAT TO DO IN MARRAKECH WITH KIDS 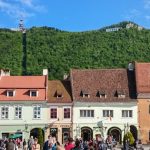 ROMANIA WITH KIDS: A 5 day Itinerary Through Transylvania