Colditz Castle is the only prisoner of war (POW) camp I would consider visiting with kids. The status of the prison meant those held here were treated better than many of the other camps. You can visit Colditz Castle from Leipzig, Dresden or Berlin. Made famous by the movie “Escape from Colditz” the castle tour and museum is focused on the many elaborate escape attempts at the castle.

How to visit Colditz castle from Berlin, Leipzig or Dresden

Colditz Castle served as a prisoner of war (POW) camp for allied officers from 1939-1945 and was the scene for over 300 elaborate escape attempts. While many POW camps are too harrowing to consider taking children or those that are sensitive to trauma the Colditz camp was held to a different standard.

Colditz Castle POW camp was used for high ranking officers and used as part of the propaganda machine of the Nazi regime during the second world war. The aim was to show the world how well prisoners in these camps were treated and for the few high ranking officers that were held here life was lived in relative comfort with ample food, recreation and plenty of time to plot elaborate escapades. Don’t get me wrong there were certainly some terrible things that happened here but the tours and museum don’t focus on these.

History of Colditz Castle before WWII

The first records of Colditz Castle go back to 1046 when the fort was gifted from Emperor Heinrich III to his wife. 40 years later the fort is converted into a proper castle and for the next 500 years the rule of the castle goes back and forth in ownership and after being burnt down by a bakers apprentice the castle is rebuilt by August I and used as a residence and hunting lodge. By the 1800s the castle has fallen into disrepair and becomes one of the first psychiatric asylums in 1829.

The castle is most well known for elaborate escape attempts during the second world war. One of the British Officers Pat Reid authored the “The Colditz Story” which later became the movie “Escape from Colditz” and put Colditz firmly on the map.

The “inescapable” castle saw 30 successful escapes and over 300 attempts.

Colditz Castle welcomes visitors daily and is open year -apart from some days during the Christmas period.

I recommend you join a tour to hear some of the fascinating stories behind the castle, there is some stair climbing and the tour is not accessible with a stroller.

English tours are available usually once a day but I recommend you prebook or call or email ahead to check that there is a tour on when you are visiting. The first time we were going to Colditz I called ahead and there was no English tour planned so we went the following weekend (this was during the winter when the castle is less busy).

Getting to Colditz Castle:

Driving is the quickest and easiest way to get to Colditz castle you can use Berlin, Leipzig or Dresden as your base.

From Berlin or Dresden: Take the train to Leipzig and then transfer to the regional train to Grossbothen you’ll need to walk from the train station to the bus stop and take Bus 619 to Colditz. You can go directly from the train in Leipzig onto the Bus 619 but the trip will be about 1 hour longer.

While researching this article it was hard to get the public transport route to come up on google maps and even on the bahn.de website. I recommend checking with the local tourist office if you are having trouble finding the route. Eventually I got the fastest route to come up using this website (german only) https://fahrplan-bus-bahn.de/

The bus to Colditz. Trains and buses are subject to change so please check the schedule and other local up to date sources.

One of my favourite escape stories from Colditz was of one of the prisoners dressing as a woman. The prisoners were able to take exercise out of the castle in areas where some of the were also able to walk. While the guard was distracted one of the prisoners changed into women’s clothing, complete with a purse and a hat and started to walk off with a group of women. They would have gotten away with it as well apart from dropping their watch. The guard chased after the prisoner to return the dropped watch and recognised the escaper. Read some more escape stories on Wikipedia.

There is a small museum in the castle which has relics and stories about the various escape attempts, bios of the prisoners as well as more information about the history of the castle.

Where to Eat near Colditz Castle:

There are no cafes at the castle so bring snacks with you. There are 4 or so restaurants in Colditz itself. Along the autobahn from Dresden and Berlin, you’ll find stops with fast food including McDonald’s with play areas.

If you stay at the youth hostel in the castle you can choose full board. If you are a group visiting you could contact the hostel and request to have lunch provided.

I have a favour to ask. To help my blog grow I would love if you could do one of these:

🗹 Hang out for a bit and check out another post on the blog.

🗹 Sign up to my newsletter, I promise you’ll never be spammed, it’s just a chance to let you know what’s new and invite you back to take a look around. 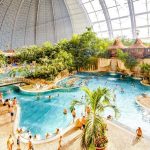 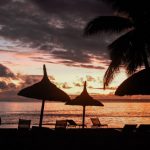 14 ways to find couple time when travelling with kids